A Recombinant Peroxidase from Phanerochaete Chrysosporium produced in Corn Seed

Infinite Enzymes’ MnP is a Manganese Peroxidase Enzyme (E.C. 1.11.1.13) from Phanerochaete chrysosporium, a white rot fungus. It is produced in a recombinant corn seed production system (Clough et al., 2006). It is provided as a lyophilized powder. Activity is determined using 2,6-dimethoxyphenol. Manganese peroxidase is an enzyme present in many fungi, but is particularly prevalent in wood rot fungi. It is a monomer of 53 kDa. Phanaerochaete chrysosporium is a fungus whose role is to degrade lignin in rotting trees (Jha and Patil, 2011).

MnP contains one heme prosthetic group per protein molecule (i.e., contains iron) and has the same catalytic cycle as other peroxidases. It involves the transfer of 2 electrons of the heme to H2O2 and subsequent reductions of the iron in the heme group in two 1-electron steps. The best reducing substrate for the enzyme’s heme group is Mn II. The Mn III formed by the cycle oxidizes other substrates like phenols and aromatic amines and is converted back to Mn II. This latter activity is the key to its utility in industrial applications—Mn III oxidation of phenolic compounds.

EFFECT OF TEMPERATURE AND pH ON ACTIVITY

Optimal temperature for this enzyme is approximately 45° C, although it functions from 20-45°C. pH optimum is 4.5-5. 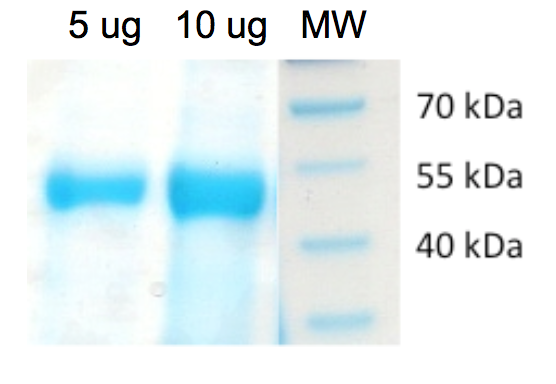 Infinite Enzymes’ purified manganese peroxidase is shipped as a dry powder. The enzyme is standardized in DMP absorbance units per mg of protein. Rate is calculated as the change in absorbance over time (1-5 m). Rate = 0.2 Abs units per minute. 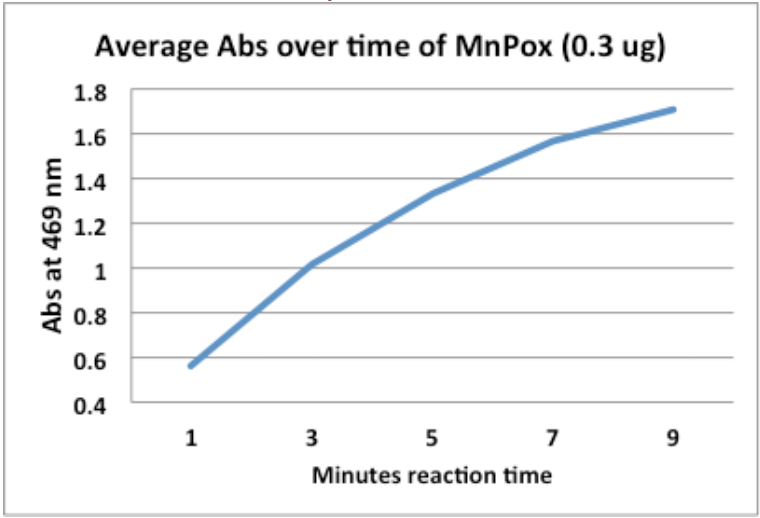 The enzyme is produced from recombinant maize that is grown under compliance with USDA regulatory guidelines. Unlike other commercially available peroxidases, purified MnP from maize grain is produced without typical impurities (other enzymatic activities) found in fungal-produced enzymes. 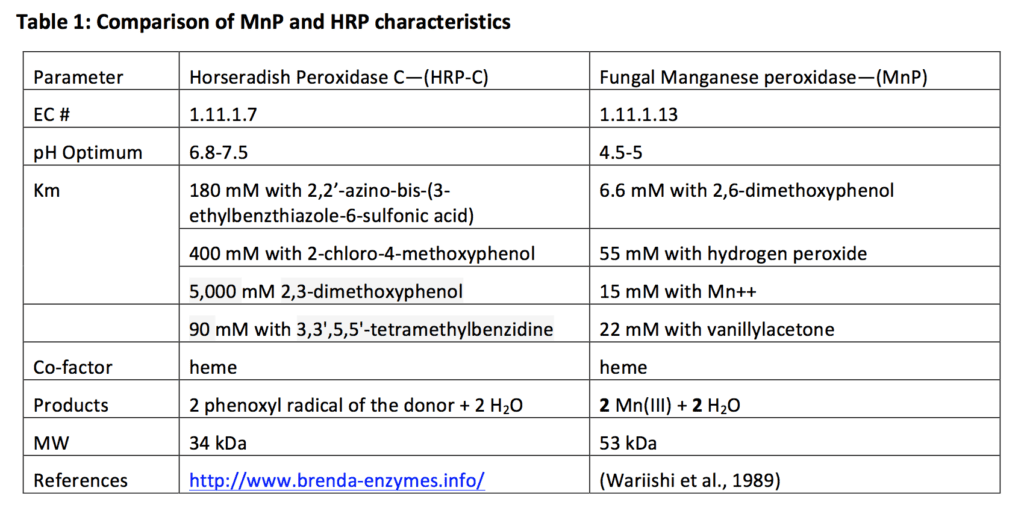 The enzyme should be stored as a dry powder at 4° C. After reconstitution, store at 4oC or -20oC for long periods.